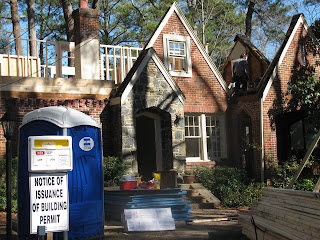 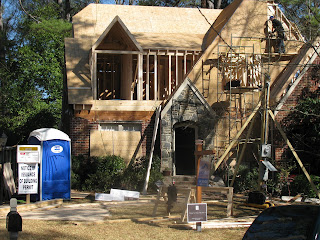 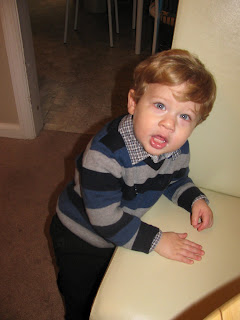 Old Roof off and new roof framed. We had another crazy week mamma went on a business trip and when I left the roof was off and the entire house looked like a doll house with people working like crazy. It poored rain on of the first days the entire roof was off and we were pleased to find a hard working team of people holding a tarp over the roof to protect our home from the down poor.

Nate is looking more handsomee every day and talking up a storm.
He said "here we go mama" the other day and I could not beleive it.
He really misses his best buddy Cameron across the street but we try to go play often.
He is singing the ABCs and counting.
We went to steak n Shake for dinner and he went crazy over the "shake a milk"
as he says it. He demanded that it was NAte's turn Nate's turn shake a milk (he wanted to take a sip of his daddy's milk shake