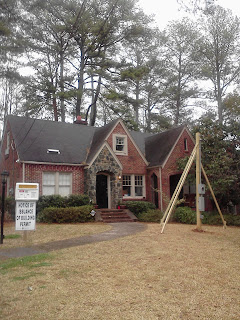 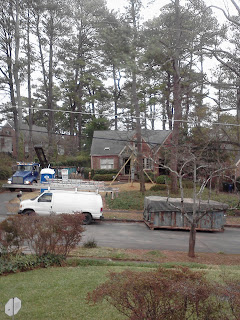 Nate came to work with Mama and joined me on a business lunch. 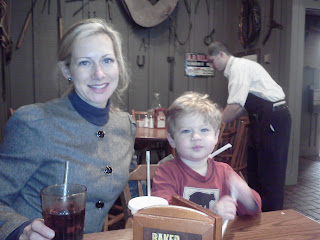 "For I know the plans I have for you declares the Lord, plans to prosper you and not to harm you, plans to give you hope and a future"
Jeremiah 29:11


This verse has always been one of my favorite and I cling to it when the best of plans don't go as planned. Last week at the same time that I was dodging little set backs the plans for our house which we have been working on since August started to become a reality. It was a reminder to me that the lord's plans are bigger than mine and sometimes I cannot see immediately.
Last week we were scheduled to move to into our rental so that we could start renovations. My husband decided that we could do this ourselves:) This involved a little more work than I realized and we have accumulated quite a lot of stuff since we moved here as a young couple in 2007. I started the week with another cold and the sinus infection I have been fighting since t-giving decided to join. Tuesday morning Elvia's car was stolen. Someone drove off with her car right before her eyes. She was very upset and that day I tried to help her make calls to her insurance company etc. That Friday was going to be my packing day. Friday morning Nate took a very scary fall off a stool in the kitchen. He Dove head first. I rushed him to the doctor. He was perfectly fine but I was one scared mamma. He had to be observed for 6 hours so he could not go to Mimi's house as planned. I was so exhausted from the cold, the stolen car, my work plans getting interrupted and the fall that I lost sight that the house we have planned for and dreamed about was finally underway.

ON Saturday and group our amazing friends came to help us move and Nates Mimi and D-dad were great to take Nate for an overnight stay. All of this made me realize how blessed we are!

Posted by Charlotte at 6:11 PM No comments: 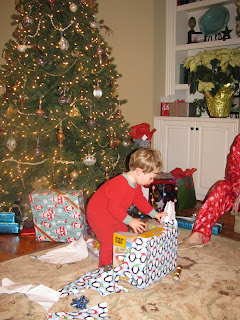 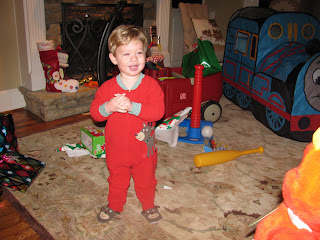 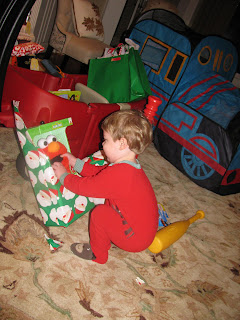 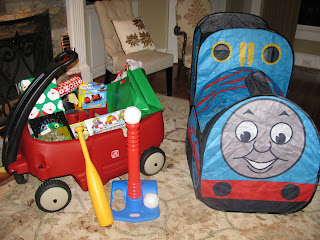 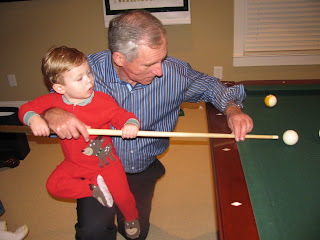 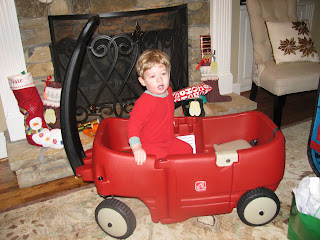 Nate had a blast at Christmas. He has been asking me for Santa and I had to explain that he only shows up one time per year.


I just had to share this dancing man. Nate loves to dance and it just makes your heart smile.

he is also talking up a storm. He is using sentences which Rob and I chuckle at all the time

Some of our favorites:

and our absolute favorite "I lov u"