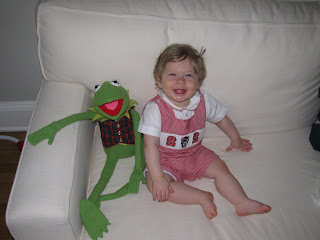 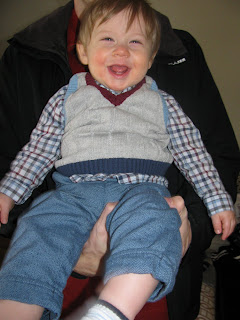 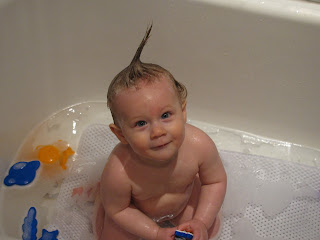 When we took Nate's 10 month Kermit picture we noticed that Kermit is starting to look small next to Nate.
Nate has had a big week. He spoke his first word, in Spanish. He said Agua, which is spanish for water. Nate likes to drink water out of his sippy cup and so Elvia had been teaching him aqua. When he asked mimi for some aqua she was a little confused. Nate also took his first steps. He has not mastered walking but those first few steps are pretty exciting. He is now working on running. He loves to make grawling noises and little man grunts. It is really funny and he also waves bye bye sometimes when his daddy goes to work or when Elvia leaves. Nate is also really into books too. He is just all around tons of fun these days. 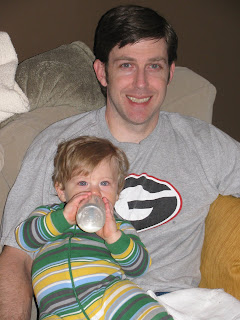 Looks whose Walking!
Posted by Charlotte at 5:24 PM